Over the years many myths about dogs have circulated, some are fun, whilst others make no sense at all. For example, when your dog is guilty of bad behaviour, your dog does not actually feel guilt – only it’s stemmed from the way you behave to the dog. Or that rubbing your dog’s nose in mess doesn’t teach it that it’s bad behaviour.

In any case, this article debunks some of the more common dog myths. There is some truth to a few of these myths, but most completely made up. So beware of Google and the search results, or even what your friends tell you about dogs (and myths). If in doubt, get an expert opinion when it comes to your dog.

Each myths is debunked by an emergency and critical-care veterinarian and internal medicine and oncology specialist that work at an Animal Medical Centre.

This is somewhat of a myth, as dogs are not totally colourblind, but are in fact partially colourblind.
Dogs have a little bit of ability to see colour, where they see things in blue, yellow and grey. But they don’t see a lot of colour.

One of the biggest myths. Physical touch is one of the things that makes a dog a dog. Dogs will literally climb on to your lap in order to be hugged, so this is an absolute myth. However, you can’t just go up to any dog and hug it. Dogs are still different, just like people are. Some people are huggers, some people are not. So some dogs don’t love that very direct attention from someone that they don’t know.

There is some really interesting research behind this question. The seven years most likely comes from when people lived to be around 70 and dogs lived to be around 10 years (ie 70 divided by 10 is 7). That’s where some speculate the magical 7 number comes from but nobody actually knows, there’s no data behind it, thus why it’s a myth.

Then a number of years ago a group of researchers at Purdue University looked at developing a formula for dog age, based on the size of the dog and the dog’s chronological age (or how many calendar years it was old). That formula might be the best – so there are ways to calculate your dogs age based on a mathematical formula, but the one human year to seven dogs years is a myth.

You should shave fluffy dogs in the summer • Myth

This is mostly a myth. A lot of people will shave their dog in the summer because they think it will make them cooler, but this is not necessarily true. Dogs have adapted to all type of weather, and they will shed different coats at different times of the year in order to be comfortable in that weather.

However, some specialists believe that dogs don’t actually like to be shaved because they feel naked. It confuses them because they’ve never not had hair before. 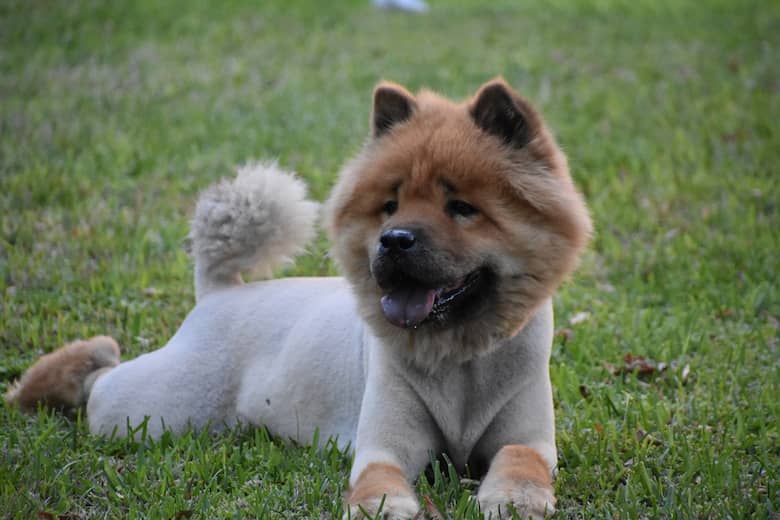 Hmmm, absolutely a myth. Think of when a dog bites you. it certainly does not healing wounds; it’s making wounds worse. Dog bites are nothing to laugh and can cause great injury, or at the least a potentially infected injury.

Note: For any dog bites, it is strongly encouraged to go to your physician to get the dog bite looked at in case it does cause an infection.

Certain dog breeds are hypoallergenic because of their fur • Myth

Training a dog is never easy. It involves repetition and persistence and rewards in order to successfully train a dog, but age is generally not the problem. In fact, it could be more than we as dog owners are more of the problem in not sticking with training a dog.

They actually did a study on this, where they did the same teaching of a trick to young dogs and old dogs. Dogs that were six months to a year, and then dogs that were ten years old. The study revealed that both sets of dogs can learn a new trick. However, the dogs that were older, it took them twice as long to learn it. So it is certainly possible for a old dog to learn a new trick, but it will take more time and a longer commitment.

It is more likely the case that humans want the dog to feel guilt (for making a mess or chewing on a shoe etc) because we want them to be like us. It is assumed by specialists that dogs cannot actually feel guilt, but since they’re not talking, it’s really difficult to know if it’s true or not.

Dogs will display guilt-like behaviour when they do something wrong, like pull their ears back, or hide, they’ll look very guilty. But in most cases, that’s really a reaction to you and your tone of voice, or your anger at them and your body language rather than true guilt.

When dogs wag their tail it means they’re happy • Myth

A lot of the time, a dog wagging its tail will seem like they are happy. However, tail wagging in dogs can mean many different things, not necessarily happiness. Some suggest that even the type of wag matters. For example, if a dogs tail is quivering that is not a happy wag. In addition to looking at the ears and the eyes and the body posture, ask yourself what kind of wag is he/she doing.

Dogs don’t like seeing themselves in the mirror • Myth

This is a myth. If you watch dogs behave in parks with other dogs, they generally want to play and interact. The same can be said for dogs when they look in the mirror. This is because dogs are not able to recognise their own reflection and do not have the same self-awareness as humans and some other animals have. So when they look in the mirror, they think it’s another dog and want to play.

Many puppies will stop in front of the mirror and begin to bark, growl, show their teeth, snarl, or even whimper at their reflection. This may seem like an odd reaction when seeing themselves, and some assume this is because they don’t like their reflection. But this is mostly because they don’t recognise that reflection as an image of who they are. Instead, your dog thinks there is another dog and will react as such. Some puppies will get a bit aggressive, while other puppies will take it as another puppy looking to play.

Older dogs will react in a completely different way. Although there may be times they catch their image in a mirror, generally, an older pup will simply ignore their own reflection and seem like they don’t even see anything. They may stare off at something else, not make any eye contact, and avert their eyes. 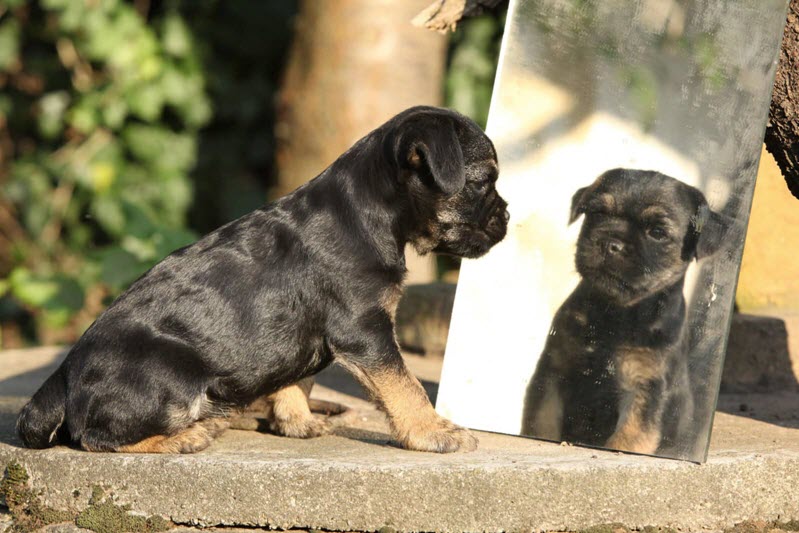 This is a training method that people introduced a long time ago. However, with a lot of research and time it was discovered that negative reinforcement is very bad for dogs. It definitely doesn’t correct bad behaviour and can actually breed bad behaviour, as well as breeding aggressive behaviour and fear in our pets. Ideally, you should always reward your dog with positive behaviour, like treats or playtime or feeding, rather than punishing, which is never recommended in dogs.

This is another major myth. Dogs can absolutely digest grains. Not only can they digest grains but recent research shows that they need grain in their diet. Dogs on a grain-free diet are pre-disposed to developing a very serious type of heart disease called DCM, or dilated cardiomyopathy. Dogs that are on a grain-inclusive diet are not as likely to develop this heart disease.

There are very particular types of human food that are definitively bad for dogs. For example, chocolate is bad for dogs. Grapes, raisins are toxic to dogs. Onion and garlic are bad for dogs.

However, human food in general is not necessarily bad for dogs, you just need to limit the quantity of human food for dogs. Human food in moderation is not bad for dogs – A good number is less than 10% of a dog’s diet should be human food. But let’s not forget that dog food is a good balanced meal for dog.

If you’re more of a cat lover, read our article on Veterinarians Debunk 11 Cat Myths.