Australians reported 14,786 scam text messages in the first two months of this year alone, according to the ACCC’s ScamWatch service – making SMS scams by far the most frequently-reported form of scam.

And while overall losses to text-message scams are lower than those lost through other channels – $2.43m this year, compared with $21.7m lost to phone scammers – the volume of scams is already up significantly from 2021, when Australians reported losing $10.1m to 67,180 SMS scams for the entire year.

However, there is good news for Telstra mobile customers, where they can expect to receive fewer SMS-based scam messages after the company switched on a “complex and evolving” filter to combat the ‘smishing’ scams that have already cost Australians over $2m this year alone.

Smishing is the sending of fraudulent messages to trick the recipient into clicking on a malicious link.

The telco’s network-level smishing detection technology has proved itself during three months of internal testing by around 2,500 employees – which has now been rolled out across all of Telstra’s 19.5m mobile services.

Machine learning technology assesses messages against a range of factors including the presence of malicious links, the time and sender of the message, the number of messages sent, and the recipient. 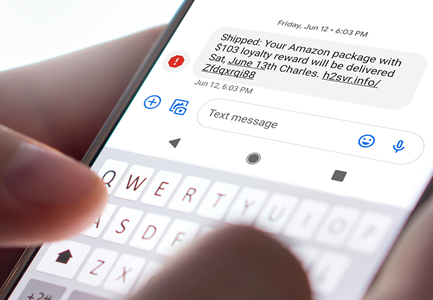 Suspicious messages may be flagged by the system and reviewed by human specialists, with details of the recipient masked to protect privacy.

The new smishing filter adds another prong to Telstra’s ongoing spam detection initiative, which has previously seen the carrier deploying technology to block scam calls. Over the past year alone Telstra has blocked over 100 million scam calls.

Yet while Telstra are confident their SMS scam filter will block a significant amount of scam text messages, they relay to users that it isn’t fool-proof and criminals evolve and find new ways to scam us. We all must continue to be alert to suspicious messages.

By filtering malicious content well before it even reaches users, Telstra is aiming to not only save its customers from inadvertently clicking on malware links but to stop them incurring financial losses from determined scammers.

Telstra’s network-level scam filtering service appears to be setting the pace for a practice that is gaining currency around the world as smishing volumes soar. 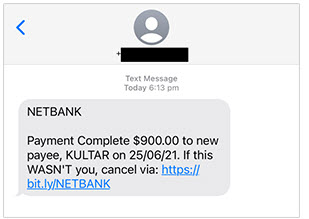 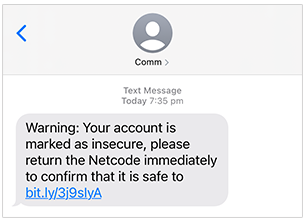 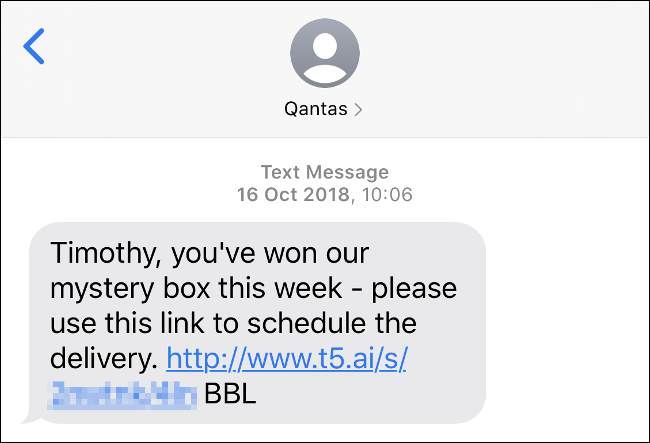 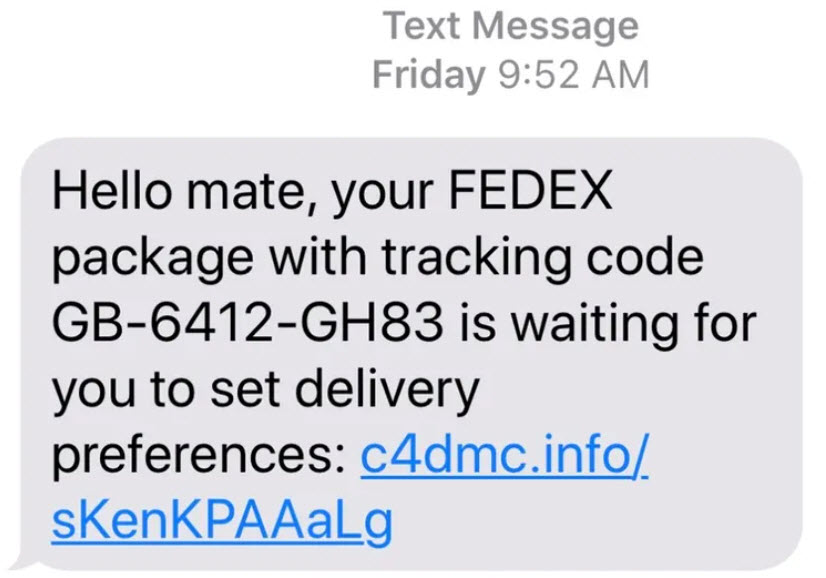 How to protect yourself from ‘smishing’ scams

You should be on guard for scammy text messages, just as you should watch out for malicious emails. All the standard tips for dealing with phishing emails apply to smishing, too:

For more insights around identifying mobile or email fraud – read our articles below: