The retro collectibles that are now worth a small fortune – do you own any?

Spring has sprung, and the warm weather may well have prompted you to have a bit of a spring clean. If you’re getting ready to do a big tidy-up at home, in your garage, or shed, then make sure you check inside every box before you send it to the tip! Many old and retro items have come back into fashion and are now very popular with collectors, who are willing to pay well to get their hands on the particular pieces they are after.

There are plenty of passionate fans who still believe that music sounds best when played on vinyl. Sure, it’s easy to listen to songs on ITunes or YouTube these days. But record collectors still regularly set their turntables spinning – and you’ll likely set buyers into a spin if you have any good quality, early editions records by some of those artists that are still popular to this day.

Records by evergreen bands like the Beatles, the Rolling Stones, the Beach Boys, the Doors, and Led Zeppelin will always fetch good prices. Value also often increases once a musician passes away, so David Bowie, Michael Jackson, and Price records could bring you more than you anticipated. Some early and rare jazz records are also highly sought after by enthusiasts. 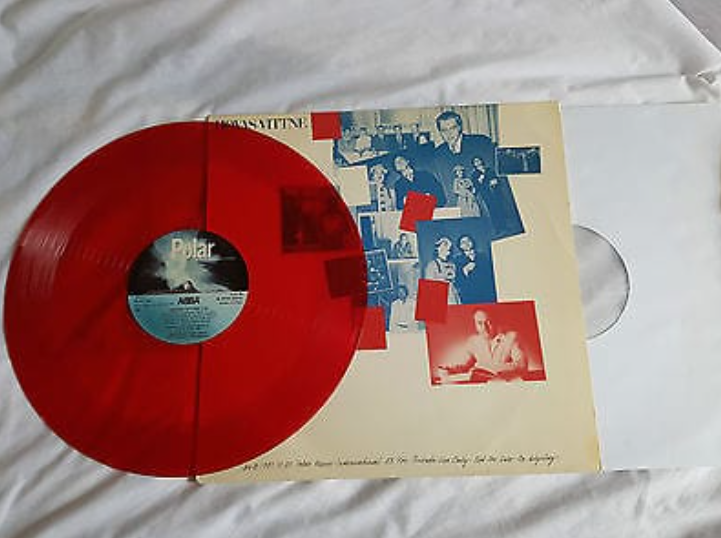 Is that a typewriter at the back of the shed? If so, get it out, clean it up and get it listed online! Vintage typewriters are considered highly collectible these days, and the older they are, the better. Traditional typewriters first hit the market in the 1940s and were a standard part of many households over the following decades. They can now sell for more than $1000 a pop. Typewriters made in the 1960s and beyond were usually electric, and although more common and more accessible today, they too are also still quite valuable. 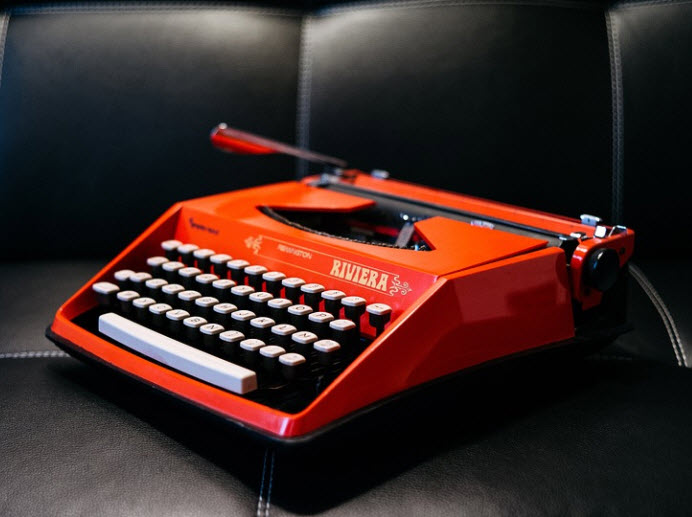 Have you inherited a stamp collection? Because yes, people still do collect stamps! In fact, philately, or stamp collecting is still believed to be one of the world’s most popular hobbies. If you have a large stamp collection stored in boxes or books, it would pay to check through the collection for any of the most sought-after designs. Examples include a run printed in honour of King Edward before he abdicated. They were not supposed to be used for post, but some survived, including the one that sold for $120,000 at auction in 2017. 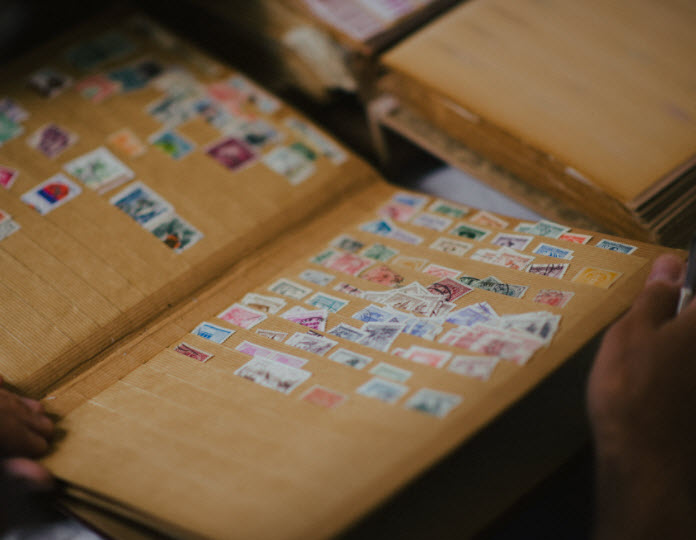 If you’ve held on to any decorative tins to store your bits and pieces like buttons, pins or bolts, it might be time to empty them out. Decorative tins have emerged as a very popular collectable. From tea, coffee and biscuit tins to tins that once held vegetables, fruit or snacks, they are enjoyed for the variety of styles in which they were produced. Tobacco tins are very popular amongst collectors. Many tins have images of local cultural and historical relevance to the area in which they were produced. Seasonal, holiday and festive designs are often rarer and will sell for even higher prices. 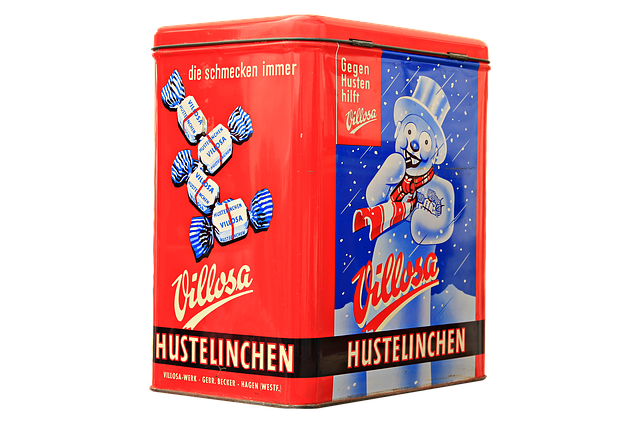 Bakelite is a plastic product that was invented in 1907. Because it was relatively cheap to create, a Bakelite craze began in the 1920s. With its bright colours and Art Deco style, it was most commonly used to fashion bracelets, along with earrings, pins, and badges. If you have any Bakelite jewelry, it is worth considering selling it, as even the most basic pieces are likely to fetch over $100. You might also have other items that are made of Bakelite – kitchen canisters and containers sell like hotcakes. 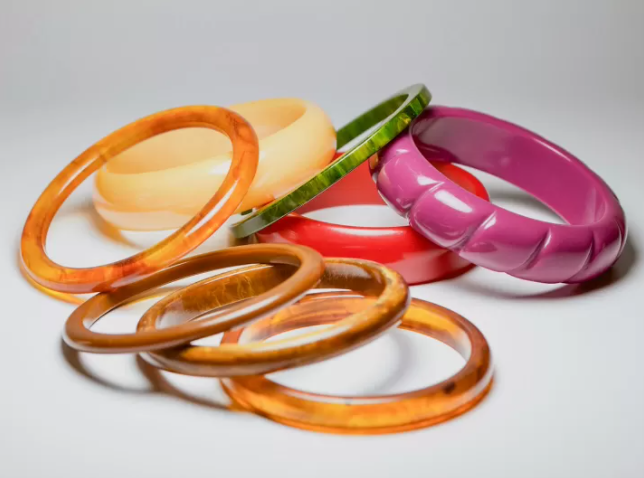 It’s hard to imagine humble pieces of Tupperware that have been stored at the back of the cupboard having any real value for collectors. But, depending on the condition and age of your Tupperware, you could have some valuable pieces in there. Earl Tupper invented Tupperware in 1942, and it really took off in 1946 when the patented seal was introduced. Over the years, there have been some unique products like drink servers, cake tins and tumblers that were only produced in short runs, and it tends to be these quirkier pieces fetch the best price on market today. 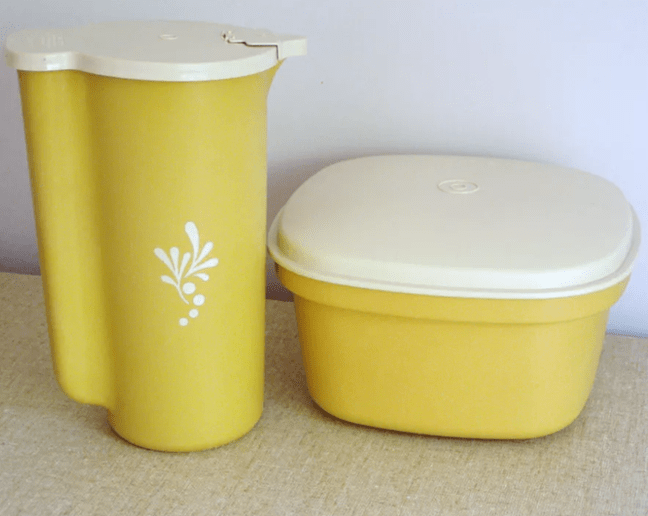 Another kitchen product that is highly sought after these days is Pyrex. These colorful and decorative pieces seem to transport us to another era, with so many of us remembering the shade and style of the casseroles dishes that mum used. With such an extensive number of types and tones available, many people get passionate about creating a Pyrex collection. They will scour markets, op-shops, and the internet to get pieces that fit their collection. There are now social media accounts and hashtags through which people show off their Pyrex displays- so if you have some to get rid of, you’re sure to find a willing buyer. 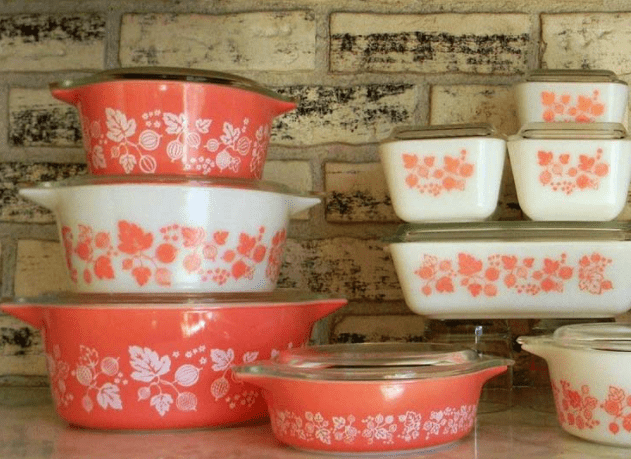 Located in Stoke-on-Trent in England, the Wade Pottery company has made many pretty vases, jugs, beer mugs, and ashtrays that pottery collectors love. They are also the creators of Wade Whimsies, small and nicely detailed animals and characters which were included in boxes of Red Rose English tea between 1967 and 2018. It has been estimated that over 300 million Whimsies made their way to America in tea boxes during these years. And so, while there is no shortage of Whimsies out in the antique markets, some pieces are considered quite rare. Individual Lady and the Tramp Whimsies from the 1960s often fetch around $70. So assuming they probably came free in a box of tea, they offer you an excellent profit margin if you sell! 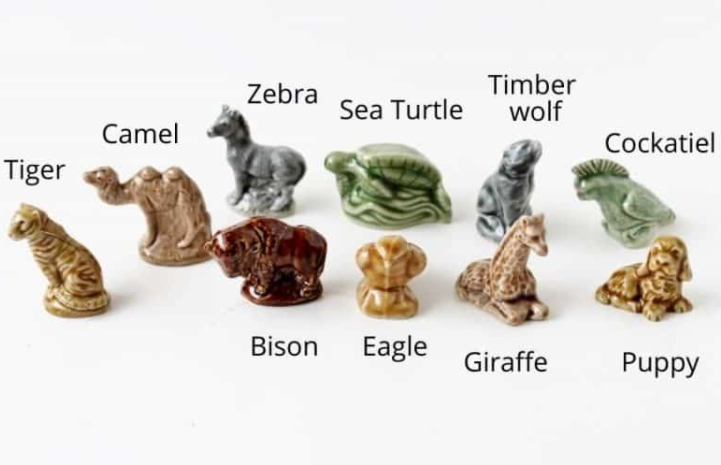 If your children moved out and never took their toys with them, it might be worth rifling through the boxes to see if you’ve were left looking after anything of particular value. Complete vintage Lego sets will always do well, while there has been a recent resurgence of interest in figures like My Little Pony, Polly Pocket, He-Man, and GI Joes. Don’t just bin the toys that you found annoying- from Furby toys to Beanie Babies and Pokemon Cards; retro toys are proving popular with a new generation of children and their nostalgic parents. 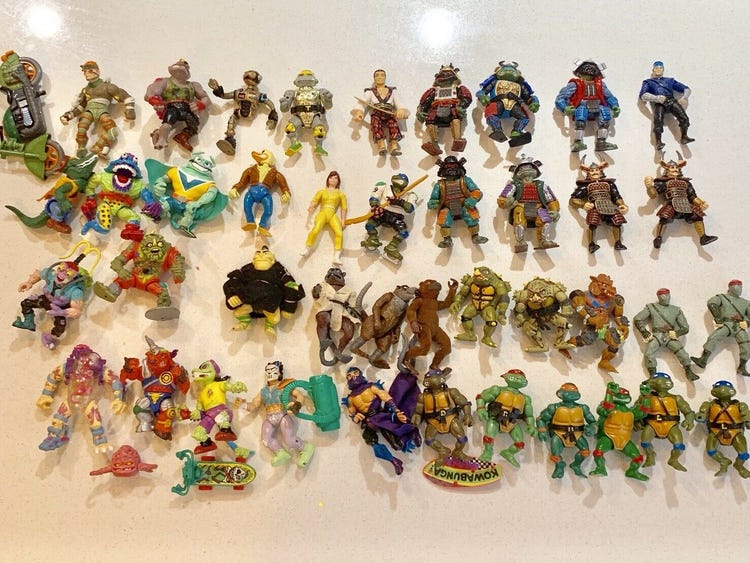 If you’ve held onto any comic books from your childhood, or even those that belonged to your children, you could be in for a windfall. Old editions about favourite heroes like the Phantom, Superman, and Batman still thrill readers today. Buyers even go mad for old Mad and Archie magazines. In general, with comic books, the most significant determinant of price is rarity. While there are many copies of certain comics around the place, collectors scramble to get any comics produced only in limited amounts. 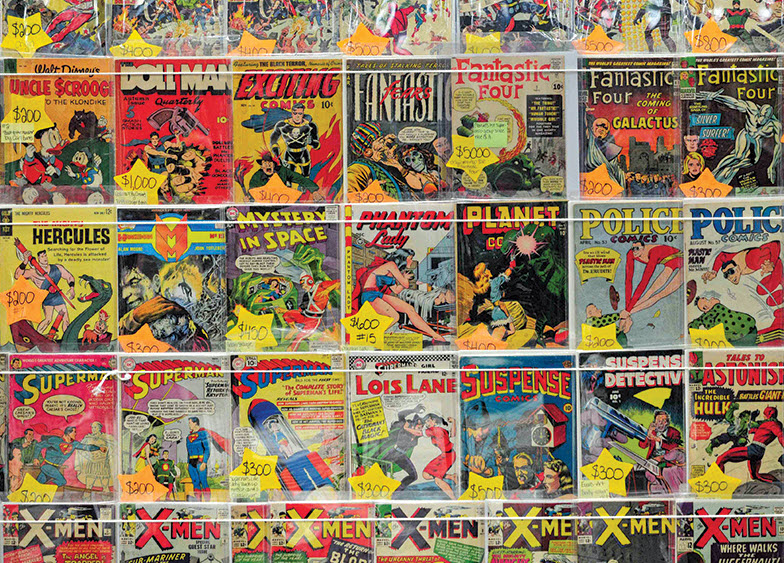 If comic books were not your thing, there is also quite a market for vintage magazines. Old editions of Life and Vogue are always popular, and it’s worth checking to see if your Rolling Stone, Time, Readers’ Digest or Sports Illustrated might be worth something too. Editions marking special events or occurrences are usually of interest, so depending on the cover story and content, just the thing that someone out there is after. 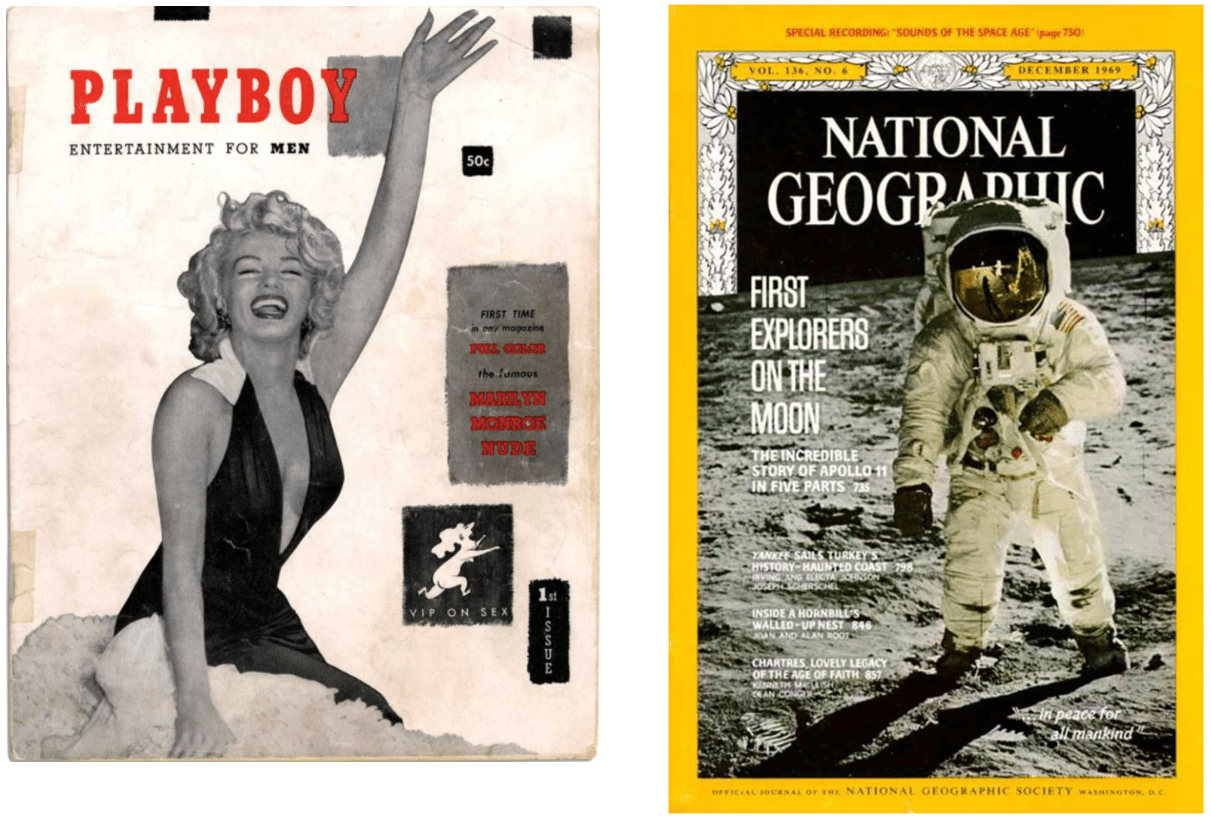 Fulled by nostalgia – and the potential to make thousands of dollars – trading cards are making a comeback, with basketball cards, football and baseball cards all soaring in volume and valuations as millennial investors move to diversify their portfolio and own a piece of their childhood. Trading in basketball, baseball and football is up 1580 percent on the same time a year ago. Valuations are soaring too, with Michael Jordan rookie card recent selling for US$50,000, while a rookie card for US baseball player Mike Trout sold for US$75,000. The appetite for buying rare trading cards has grown massively, which means if you’re in possession of some rare and valuable trading cards, you could be sitting on a nice bit of cash should you sell. 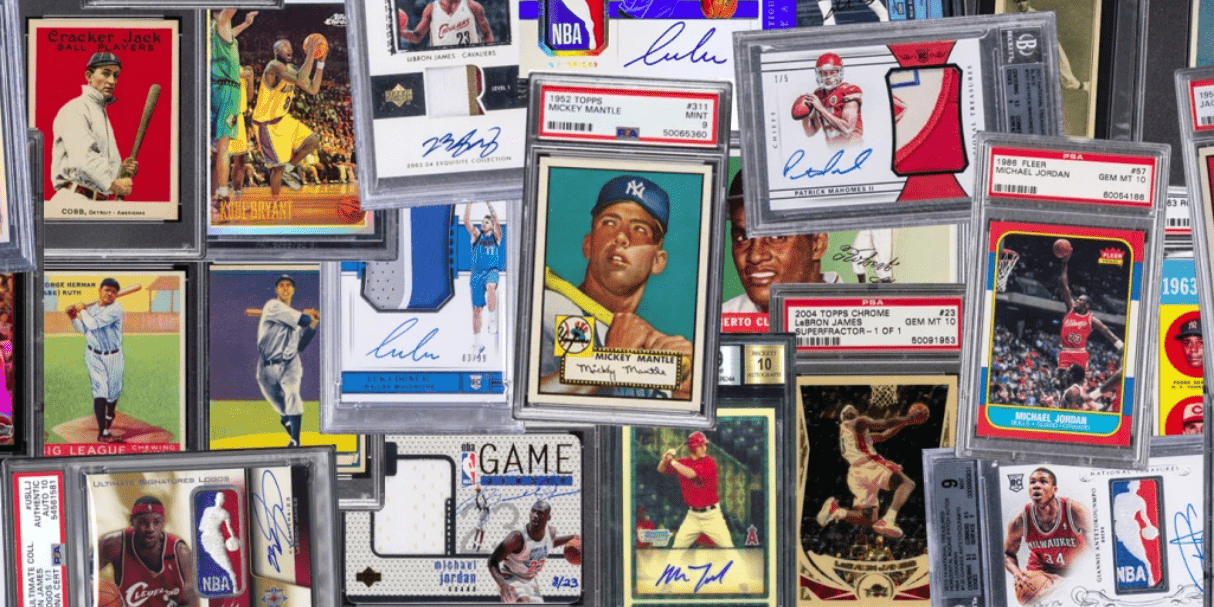 Lots of retro collectibles are now worth a small fortune. While getting items cleaned up and ready for sale can take up a bit of time, something is pleasing about selling your unwanted items and having the satisfaction of knowing a new owner will treasure them.